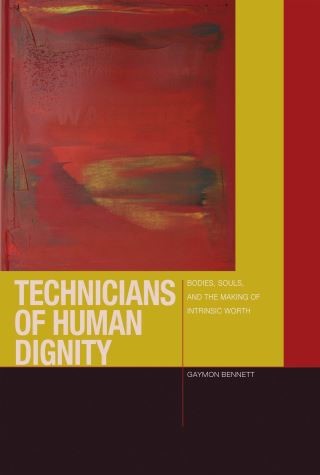 Bodies, Souls, and the Making of Intrinsic Worth

Technicians of Human Dignity traces the extraordinary rise of human dignity as a defining concern of religious, political, and bioethical institutions over the last half century and offers original insight into how human dignity has become threatened by its own success. The global expansion of dignitarian politics has left dignity without a stable set of meanings or referents, unsettling contemporary economies of life and power.

Engaging anthropology, theology, and bioethics, Bennett grapples with contemporary efforts to mobilize human dignity as a counter-response to the biopolitics of the human body, and the breakdowns this has generated. To do this, he investigates how actors in pivotal institutions —the Vatican, the United Nations, U.S. Federal Bioethics—reconceived human dignity as the bearer of intrinsic worth, only to become frustrated by the Sisyphean struggle of turning its conceptions into practice.

Gaymon Bennett: Gaymon Bennett is Assistant Professor of Religion, Science, and Technology at Arizona State University. He is co-author, with Paul Rabinow, of Designing Human Practices: An Experiment with Synthetic Biology and, with Ted Peters and Karen Lebacqz, of Sacred Cells? Why Christians Should Support Stem Cell Research.