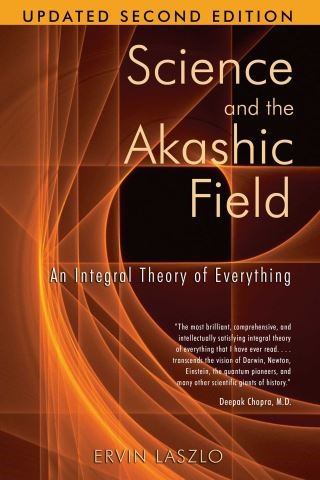 Science and the Akashic Field

An Integral Theory of Everything

Presents the unifying world-concept long sought by scientists, mystics, and sages: an Integral Theory of Everything

Mystics and sages have long maintained that there exists an interconnecting cosmic field at the roots of reality that conserves and conveys information, a field known as the Akashic record. Recent discoveries in vacuum physics show that this Akashic Field is real and has its equivalent in science’s zero-point field that underlies space itself. This field consists of a subtle sea of fluctuating energies from which all things arise: atoms and galaxies, stars and planets, living beings, and even consciousness. This zero-point Akashic Field is the constant and enduring memory of the universe. It holds the record of all that has happened on Earth and in the cosmos and relates it to all that is yet to happen.

In Science and the Akashic Field, philosopher and scientist Ervin Laszlo conveys the essential element of this information field in language that is accessible and clear. From the world of science he confirms our deepest intuitions of the oneness of creation in the Integral Theory of Everything. We discover that, as philosopher William James stated, “We are like islands in the sea, separate on the surface but connected in the deep.”

Ervin Laszlo: Ervin Laszlo is a philosopher and systems scientist. Twice nominated for the Nobel Peace Prize, he has published more than 75 books and over 400 articles and research papers. The subject of the one-hour PBS special Life of a Modern-Day Genius, Laszlo is the founder and president of the international think tank the Club of Budapest and of the prestigious Laszlo Institute of New Paradigm Research. The winner of the 2017 Luxembourg Peace Prize, he lives in Tuscany. In 2019, Ervin Laszlo was cited as one of the "100 Most Spiritually Influential Living People in the World" according to Watkins Mind Body Spirit magazine.