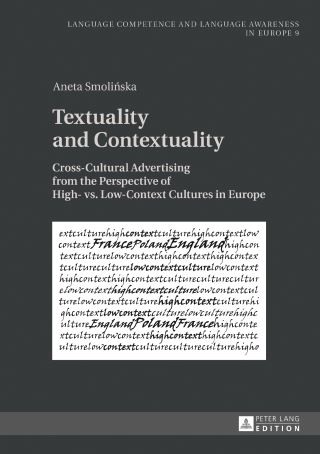 Cross-Cultural Advertising from the Perspective of High- vs. Low-Context Cultures in Europe

This study offers a contrastive analysis of culturally grounded differences in discourse by comparing advertising strategies in three European languages: (British) English, French and Polish. Taking a critical stance and considering changes through globalisation, the author aims to find out to what extent the classic distinction between high-context (individualist) and low-context (collectivist) cultures can be empirically maintained. To paint a differentiated picture, the investigation combines findings from Sociology, Anthropological and Discourse Linguistics and uses both quantitative and qualitative methods. The data reveal ground-breaking differences in the use of foreign languages, the relation between text and images and the interaction between advertising images and readers.

Aneta Smolińska studied Russian and English Linguistics in Łódź and Lancaster where she received a master’s degree. Later she became a PhD student in English Linguistics at the University of Greifswald. Her research interests lie in Anthropological Linguistics, Discourse Analysis and the interaction of verbal and visual communication.