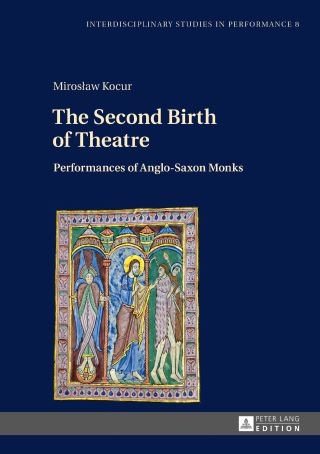 The Second Birth of Theatre

This book presents a new approach to early English theatre by exposing a genuine relationship between monastic performances and theatricality. It argues that modern theatre was reinvented in Anglo-Saxon monasteries by monks who were required to transform themselves by disciplining their bodies and performing complex religious acts. After extensively surveying the monastic and liturgical sources of theatre the author reconstructs the XII-century staging of the Anglo-Norman «Ordo representacionis Ade» and demonstrates the fundamental incongruity between the ancient and Christian performativity. On a more personal note he concludes with comments on references to the monastic rule in «Performer», a programmatic text by Jerzy Grotowski.

Mirosław Kocur is Head of Cultural Studies at the University of Wrocław and Professor at L. Solski Theatre Academy for the Dramatic Arts. His research focuses on studying acting techniques and reconstructing the origins of performing practices. He is the author of «On the Origins of Theater