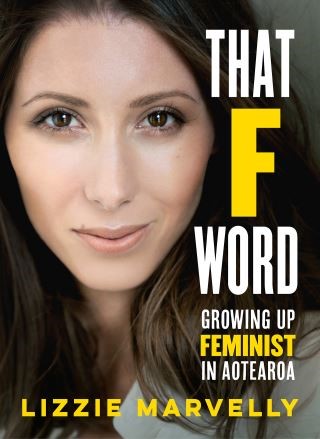 Growing Up Feminist in Aotearoa

There are some things worth getting angry about...

In That F Word: Growing up Feminist in Aotearoa, award-winning columnist, musician and activist Lizzie Marvelly tells the story of New Zealand's feminist roots, exposes our gender imbalances, challenges the traditional expectations in New Zealand society and celebrates the indomitable spirit of Kiwi women. She also shares her first-hand experiences of abuse, sexism and trolling, while shining a light on how young women are raised from birth and how they're conditioned in our schools.

That F Word is both an urgent and passionate battle-cry for all New Zealand women.

Lizzie Marvelly (Ngati Whakaue) is a musician, columnist, producer and activist, originally from Rotorua, New Zealand. In May 2015, she founded Villainesse.com, an online media project for young women. Later in 2015 she started the internationally successful #MyBodyMyTerms campaign, sparking a conversation about victim-blaming, revenge porn, consent and sexual violence. Lizzie is an opinion columnist for the New Zealand Herald and the co-producer of a 12-part web series called The REAL Sex Talk, a youth-centric series presenting credible information about sex, sexuality and relationships to young people. In 2016 and 2017, Lizzie was named as a finalist in the New Zealand Women of Influence Awards. In 2017, she won the Canon Media Award for Opinion Writing - General, the same year that Villainesse won the Canon Media Award for Best Blog. In 2017, she was a semi-finalist for the Young New Zealander of the Year Award. Lizzie lives in Auckland, although she'll always be a Rotorua girl at heart.