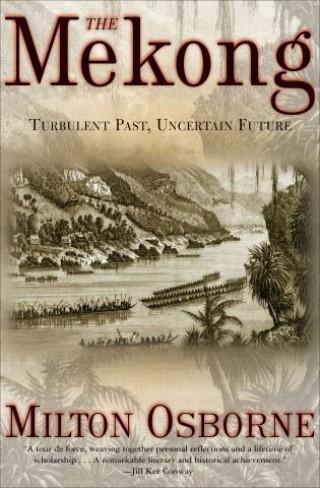 A “remarkable” history of the great river of Southeast Asia (Jill Ker Conway, author of The Road from Coorain).

The Mekong River runs over nearly three thousand miles, beginning in the mountains of Tibet and flowing through China, Burma, Laos, Thailand, Cambodia, and Vietnam before emptying into the China Sea. Its waters are the lifeblood of Southeast Asia, and first begot civilization on the fertile banks of its delta region at Oc Eo nearly two millennia ago.

This is the story of the peoples and cultures of the great river, from these obscure beginnings to the emergence of today’s independent nations. Drawing on research gathered over forty years, Milton Osborne traces the Mekong’s dramatic history through the rise and fall of civilizations and the era of colonization and exploration. He details the struggle for liberation during a twentieth century in which Southeast Asia has seen almost constant conflict, including two world wars, the Indochina War, the Vietnam War, and its bloody aftermath—and explores the prospects for peace and prosperity as the region enters a new millennium.

Along the way, he brings to life those who witnessed and shaped events along the river, including Chou Ta-kuan, the thirteenth-century Chinese envoy who recorded the glory of Angkor Wat, the capital of the Khmer Empire; the Iberian mercenaries Blas Ruiz and Diego Veloso, whose involvement in the intrigues of Cambodia’s royal family shook Southeast Asia’s politics in the sixteenth century; and the revolutionaries led by Ho Chi Minh, whose campaigns to liberate Vietnam from the French and unify the nation under communism changed the course of history.

“[A] pathbreaking, ecologically informed chronicle . . . A pulsating journey through the heart of Southeast Asia.” —Publishers Weekly