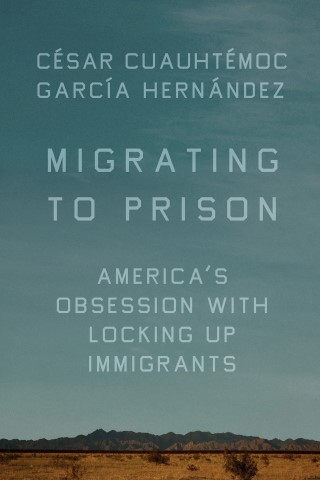 America’s Obsession with Locking Up Immigrants

Immigration and immigrant detention/deportation is front and center in the national conversation.

One of the pioneering scholars in the burgeoning crimmigration field, widely known and respected in the field and often quoted in the media. Well-connected with journalists, scholars, activists, and lawyers working on immigration issues.

Regular tweets to around 4,000 followers on Twitter at @crimmigration.

Maintains a blog, Crimmigration: the Intersection of Criminal Law and Immigration Law, at crimmigration.com.

César Cuauhtémoc García Hernández is a professor of law at the University of Denver and a practicing immigration lawyer. He runs the blog Crimmigration.com and regularly speaks on crimmigration issues. He has been quoted in the New York Times, the Wall Street Journal, NPR, and many other venues. The author of Migrating to Prison (The New Press), he lives in Denver.