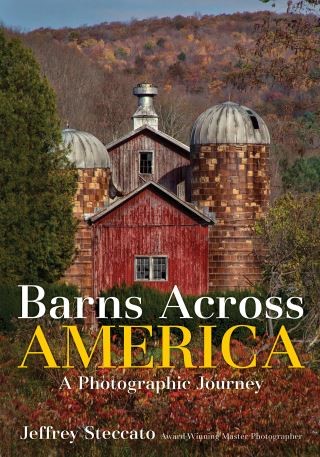 In 1935, 6.8 million farmers operated across the United States, having built barns to shelter their livestock and store their harvest. These types of barns were built based on the settlers’ country of origin and varied in size, shape, style, and color. Today, American barns are a disappearing icon and a threatened part of our heritage, as the need for them has simply diminished. There are only approximately 650,000 barns remaining in America, most nonfunctioning. With this knowledge, award-winning photographer Jeffrey Steccato has been driving the back roads of America, from Arizona’s ghost towns to the Blue Ridge Mountains, and up to New England, photographing American barns, keen to tell their stories and capture an important piece of history before it disappears. Featuring a sublime collection of images, and anecdotes about his weathered and wonderful subjects, Steccato’s book is sure to capture his readers’ interest and enthusiasm for American barns.