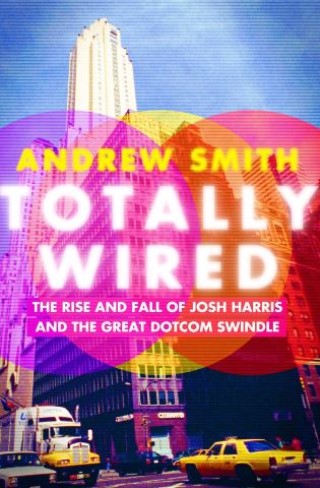 “The Social Network meets Hammer of the Gods” in this story of a 1990s web titan who made a fortune and lost it all—and what happened afterward (The Independent).

One day in February 2001, Josh Harris woke to certain knowledge that he was about to lose everything. The man Time magazine called “The Warhol of the Web” was reduced to a helpless spectator as his fortune dwindled from 85 million dollars to nothing, all in the space of a week.

Harris had been a maverick genius preternaturally adapted to the new online world. He founded New York’s first dotcom, Pseudo.com, and paved the way for a cadre of twentysomethings to follow, riding a wave of tech euphoria to unimagined wealth and fame for five years—before the great dotcom crash, in which Web 1.0 was wiped from the face of the earth. Long before then, though, Harris’s view of the web had darkened, and he began a series of lurid social experiments aimed at illustrating his worst fear: that the internet would soon alter the very fabric of society—cognitive, social, political, and otherwise.

In Totally Wired, journalist Andrew Smith seeks to unravel the opaque and mysterious episodes of the early dotcom craze, in which the seeds of our current reality were sown. Drawing on in-depth interviews with Harris and those who worked alongside him in downtown Manhattan’s “Silicon Alley,” the tale moves from a compound in Ethiopia through New York, San Francisco, Las Vegas, London, and Salt Lake City, Utah; from the dawn of the web to the present, taking in the rise of alternative facts, troll society, and the unexpected origins of the net itself, as our world has grown uncannily to resemble the one Harris predicted—and urged us to evade.

“Raucous, whimsical, sad and very funny…a fascinating account of what could have been, what briefly was, what almost lasted.” ―TheWall Street Journal

“A brilliant exploration of madness and genius in the early days of the web.”―The Guardian

“This is a book whose time has come.”―Sunday Times