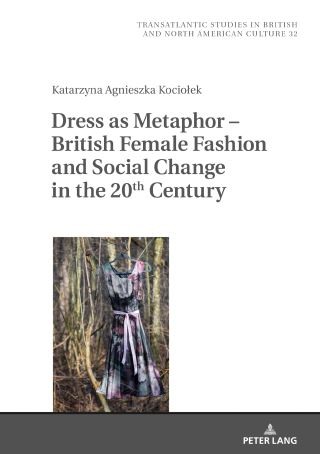 This book traces the interconnectedness of women’s sartorial practices and social change in 20th-century Britain. Based on a wide range of cultural texts, which include literary works, magazines, posters, advertisements and political cartoons, this study endeavours to prove that due to the metaphorical function of clothing, womenswear imparted significant information about women’s positions in society during transformative historical moments.

Katarzyna Kociolek: Katarzyna Agnieszka Kociołek is an assistant professor at the Institute of English Studies, University of Warsaw, Poland. Her doctoral dissertation (2009) examined the representations of ethnic identities in the British visual arts discourse of the 1980s and 1990s. Her research interests include the representation of identities and the visual culture, which incorporates fashion, film and visual arts