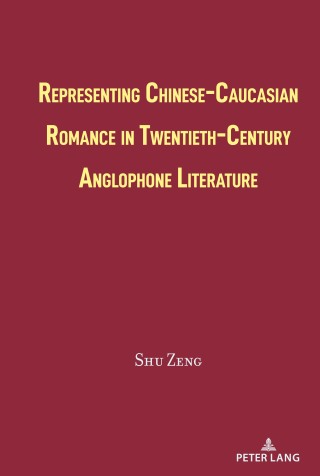 Against the modern cult for transnational love and mixed-blood babies, this book brings readers to revisit the prolonged anxieties over the mixing of races and the complexities underpinning the literary representation of thwarted Chinese-Caucasian romance in the twentieth century. Moreover, in the current world order where the rise of China has played a significant role and triggered different speculations on various fronts, this book takes readers on a long, exciting journey back to the very beginning of how Westerners perceive China and Chinese people in the thirteenth century and across the centuries to the current era—a journey that enables the traveler to feel the pulse of historical moments that have come to influence Sino-Western relations and China’s image in the Western mind. Bringing an interesting, original corpus of Anglophone texts (some largely forgotten) into conversation around the vocabularies they deploy to deal with relationships between Chinese and non-Chinese characters, this book helps readers to rethink current issues of migration, identity, sexuality, hybridity, and diaspora that have taken the present shape under the residual effects of the racial and sexual discourses of the past and that are instrumental to our historical position and trajectory. Therefore, this book is about the past and the present, the East and the West, the Self and the Other, the center and the periphery; but it is more about the temporary, the fluid, the liminal, the in-between.