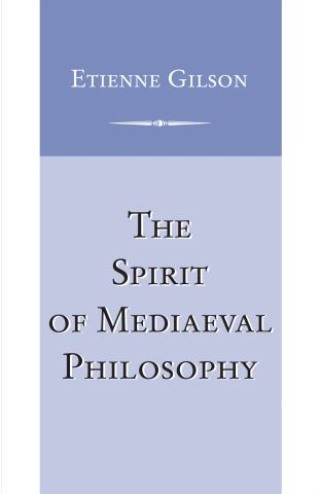 Spirit of Mediaeval Philosophy, The

In this book (a translation of his well-known work L'esprit de la philosophie medievale), Etienne Gilson undertakes the task of defining the spirit of mediaeval philosophy. Gilson asks whether we can form the concept of a Christian philosophy and whether mediaeval philosophy is not its most adequate historical expression. He maintains that the spirit of mediaeval philosophy is the spirit of Christianity penetrating the Greek tradition, working within it, and drawing out of it a certain view of the world that is specifically Christian. To support his hypothesis, Gilson examines mediaeval thought in its nascent state, at that precise point where the Judeo-Christian graft was inserted into the Hellenic tradition. Gilson's demonstration is primarily historical and occasionally theoretical in suggesting how doctrines that satisfied our predecessors for so many centuries may still be found conceivable today.

Etienne Gilson: Etienne Gilson was born in Paris in 1884. He became Professor of Mediaeval Philosophy at the Sorbonne in 1921, and from 1932 until his retirement in 1951, he held a similar chair at the Collège de France. From 1929 until his death, he was affiliated with the Institute of Mediaeval Studies at the University of Toronto.