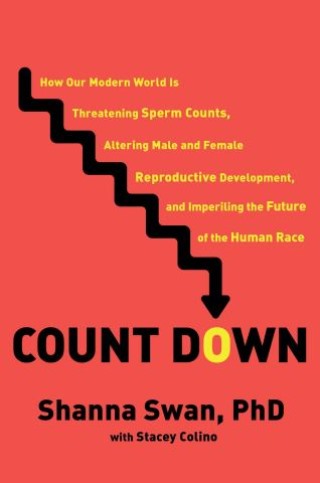 How Our Modern World Is Threatening Sperm Counts, Altering Male and Female Reproductive Development, and Imperiling the Future of the Human Race

In the tradition of Silent Spring and The Sixth Extinction, an urgent, “disturbing, empowering, and essential” (Kirkus Reviews, starred review) book about the ways in which chemicals in the modern environment are changing—and endangering—human sexuality and fertility on the grandest scale, from renowned epidemiologist Shanna Swan.

In 2017, author Shanna Swan and her team of researchers completed a major study. They found that over the past four decades, sperm levels among men in Western countries have dropped by more than 50 percent. They came to this conclusion after examining 185 studies involving close to 45,000 healthy men. The result sent shockwaves around the globe—but the story didn’t end there. It turns out our sexual development is changing in broader ways, for both men and women and even other species, and that the modern world is on pace to become an infertile one.

How and why could this happen? What is hijacking our fertility and our health? Count Down unpacks these questions, revealing what Swan and other researchers have learned about how both lifestyle and chemical exposures are affecting our fertility, sexual development—potentially including the increase in gender fluidity—and general health as a species. Engagingly explaining the science and repercussions of these worldwide threats and providing simple and practical guidelines for effectively avoiding chemical goods (from water bottles to shaving cream) both as individuals and societies, Count Down is “staggering in its findings” (Erin Brockovich, The Guardian) and “will serve as an awakening” (The New York Times Book Review).

Shanna H. Swan: Shanna H. Swan, PhD, is an award-winning scientist based at Mt. Sinai and one of the leading environmental and reproductive epidemiologists in the world. Dr. Swan has published more than 200 scientific papers and has been featured in extensive media coverage around the world. Her appearances include ABC News, NBC Nightly News, 60 Minutes, CBS News, PBS, BBC, PRI Radio, NPR, and The Joe Rogan Experience as well as in leading magazines and newspapers, including Newsweek, The Washington Post, USA TODAY, Time, US News & World Report, The Guardian, Bloomberg News, New York Post, Chicago Tribune, Daily News (New York), Los Angeles Times, HuffPost, Daily Mail (London), New Scientist, Mental Floss, Mother Jones, New Telegraph, Euronews, and the National Post.|||Stacey Colino is an award-winning writer specializing in health and environmental issues and a regular contributor to US News & World Report. Her work has appeared in The Washington Post Health section and in dozens of national magazines, including Newsweek, Parade, Woman’s Day, Sports Illustrated, and Good Housekeeping. She is the coauthor with David Katz, MD, of Disease-Proof: The Remarkable Truth About What Makes Us Well; Strong Is the New Skinny with Jennifer Cohen; Good Food Fast! with Jason Roberts; and Taking Back the Month with Diana Taylor, RN, PhD.