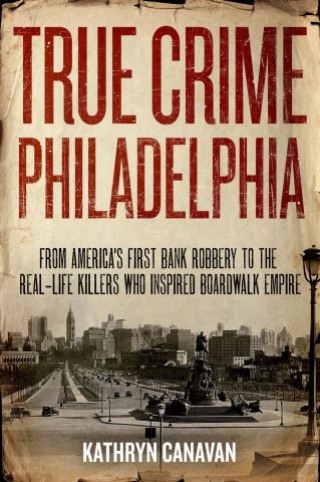 America’s first bank robbery was pulled off here in 1798. The country’s first kidnapping for ransom came off without a hitch in 1874. A South Philadelphia man hatched the largest mass murder plot in U.S. history in the 1930s. His partners in crime were unhappy housewives.

Catholics and Protestants aimed cannon at each other in city streets in 1844. Civil rights hero Octavius V. Catto was gunned down on South Street in 1871.

Take a walk with us through city history. Would you pass Eastern State Penitentiary on April 3, 1945, just as famed bank robber Willie Sutton popped out of an escape tunnel in broad daylight? Or you might have been one of the invited guests at H.H. Holmes’ hanging at Moyamensing Prison on a gray morning in May 1896. It still ranks as one of the most bizarre executions in city history. Or, if you walked down Washington Lane on July 1, 1874, would you have been alert enough to stop the two men who lured little blond Charley Ross away with candy? You might have stopped America’s first kidnapping for ransom, the one that gave rise to the admonition, “Never take candy from a stranger.” The case inspired the Leopold and Loeb kidnapping.

Then there was the bank robber whose funeral drew thousands of spectators and the burglary defendant so alluring that conversation would stop whenever she entered the courtroom.

Mix in murderous maids, bumbling burglars, and unflinching local heroes and you have True Crime Philadelphia.

Kathryn Canavan began her career as a crime reporter. To get a story, she has reported at gunpoint, lived with the Moonies, negotiated with a killer and joined Tug McGraw in the Phillies dugout.

She eventually worked as reporter or editor in four states. Her freelance writing has been published in USA Today, the Philadelphia Inquirer, History News Network, and Prevention magazine.

She was named a National Health Journalism Fellow at the University of Southern California’s Annenberg School of Communications and Journalism in 2011. Her fellowship project, “No Child Allowed Outside,” chronicled the health effects of gun violence on young children.

She is a 2017 Individual Artist Fellow of Delaware Division of the Arts, awarded the Established Professional Award for Creative Nonfiction