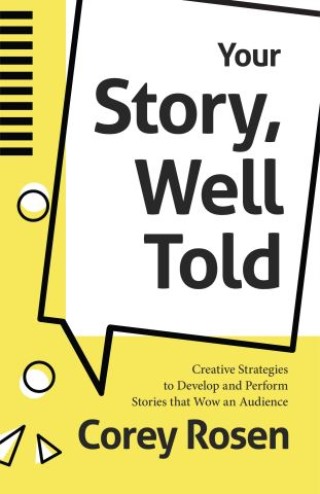 Thousands of professional and non-professional storytellers attend weekly or monthly shows. This book gives readers the tools and encouragement to elevate their own stories to make them feel confident, on any platform. “The Moth” is the leader among a growing wave of storytelling shows, podcasts, and radio broadcasts around the world. More and more people are emerging to face audiences and tell their stories. The Moth podcast is downloaded over 47,000,000 times a year, and each week, the Peabody award-winning Moth Radio Hour is heard on over 470+ radio stations worldwide. Their 2019 story collection The Moth: Occasional Magic debuted at #12 on the New York Times bestseller List. The 2013 story collection The Moth: 50 True Stories (Hachette) reached #22 on The New York Times Paperback Nonfiction Bestseller List. Their non-profit organization has presented 30,000+ stories to standing-room-only crowds worldwide.

Teachers, marketers, clergy, and business people of all kinds have applied the author’s unique storytelling structures and techniques to do everything from closing a deal to accepting an Oscar. Time and again, students from walks of life as scattered as a priest (2-time class-taker), a hospice-worker (3-time student), and a pole-dance business owner (3-time repeater) told him the same thing – they have so many stories –they just needed the tools to tell them.

“Storytelling” connects all people. But what stories to tell? This book is for everyone who wants the story they tell out loud to sound as good as it did in their mind. Like singing as well as they do in the shower, but with storytelling. The primary market for this book is the wide world of people destined to become the life of the party, who, with the book’s guidance, shall tell stories for their friends and audiences to appreciate (as much as they do).

Regardless if they identify as a “writer” or not, most everyone feels they have stories that are worth telling. Whether they are looking to spice up a first date conversation, put together their one-woman show, or tell a story that doesn’t lose their grandkids attention, the The Best Story Ever Told: Improv Strategies to Get Creative, Sell That Story, and Keep Your Audience on Edge approach can transform them from “somedayers” into “bucket list crosser-offers.”

Corey Rosen is an Emmy-award winning writer, actor, and storytelling teacher. He has hosted 105 live events for The Moth, The Moth StorySlam, and GrandSlams.

Rosen has been featured on The Moth Radio Hour, Backfence PDX and “The Finch Files” and “The B-Sider” podcasts. He is an on-air personality for Alice Radio’s “The Sarah and Vinnie Show,” the #1-rated commercial morning show in the San Francisco area.

A performer at BATS Improv, he is also a head writer at Tippett Studio. When not writing or performing, Corey works as a visual effects artist and executive producer. He is credited in movies including “Mission: Impossible,” several “Star Wars” films, and “Disney’s A Christmas Carol.” He has taught at NYU and Academy of Art University, written for Comedy Central, Jim Henson Productions, and Lucasfilm, and directed television commercials and Emmy award-winning short films.