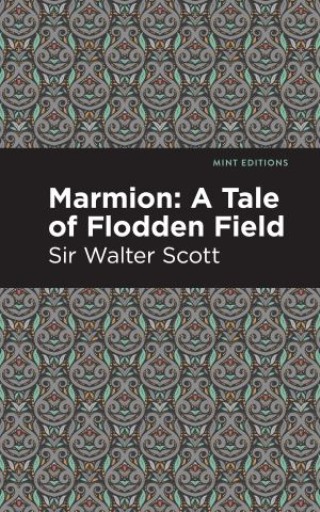 Marmion: A Tale of Flodden Field

When Lord Marmion, a favorite of the king, becomes enamored by Clara, a rich noble woman, he is willing to stop at nothing to get her attention. Though Clara is engaged to the heroic Sir Ralph De Wilton, and he already has a mistress, Lord Marmion views these issues as minor, and has a plan to overcome them. With the help of his mistress, a nun named Constance, Lord Marmion forges a letter than implicates Sir Wilton in the heinous crime of treason. When the letter is assumed to be legitimate, Sir Wilton is exiled from the kingdom, subsequently breaking off his engagement to Clara. Heartbroken and disgusted by Lord Marmion’s advances, Clara decides to join the convent, where Constance is also committed. Also heartbroken by Lord Marmion’s actions, Constance faces serious consequences at the convent, for she had broken her vows of celibacy. As she is severely punished, Constance decides to get revenge on behalf of Clara and Sir Wilton, as she had only helped her ex-lover to win back his affection. When the secret of the forgery is revealed, Lord Marmion must face Sir Wilton, who is determined to restore his reputation and win back Clara’s love. Consisting of six cantos, Sir Walter Scott’s Marmion: A Tale of Flodden Field is elegant and features extraordinary detail. Set in the 16th century, this historical romance depicts themes of romance, chivalry, and honor. With surprise twists, epic battles, and passionate romances, Marmion: A Tale of Flodden Field continues to amaze its readers, and allows a fascinating perspective on the 16th century culture of England and Scotland. This edition of Marmion: A Tale of Flodden Field by Sir Walter Scott now features a stunning new cover design and is printed in a font that is both modern and readable. With these accommodations, this edition of Marmion: A Tale of Flodden Field crafts an accessible and pleasant reading experience for modern audiences while restoring the original mastery of Sir Walter Scott’s literature.

Sir Walter Scott (1771-1832) was a Scottish novelist, poet, playwright, and historian who also worked as a judge and legal administrator. Scott’s extensive knowledge of history and his exemplary literary technique earned him a role as a prominent author of the romantic movement and innovator of the historical fiction genre. After rising to fame as a poet, Scott started to venture into prose fiction as well, which solidified his place as a popular and widely-read literary figure, especially in the 19th century. Scott left behind a legacy of innovation, and is praised for his contributions to Scottish culture.