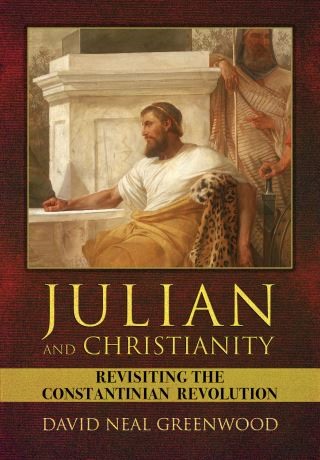 The Roman emperor Julian is a figure of ongoing interest and the subject of David Neal Greenwood's Julian and Christianity. This unique examination of Julian as the last pagan emperor and anti-Christian polemicist revolves around his drive and status as a ruler. Greenwood adeptly outlines the dramatic impact of Julian's short-lived regime on the course of history, with a particular emphasis on his relationship with Christianity.

Julian has experienced a wide-ranging reception throughout history, shaped by both adulation and vitriol, along with controversies and rumors that question his sanity and passive ruling. His connections to Christianity, however, are rooted in his regime's open hostility, which Greenwood shows is outlined explicitly in Oration 7: To the Cynic Heracleios. Greenwood's close reading of Oration 7 highlights not only Julian's extensive anti-Christian religious program and decided rejection of Christianity but also his brilliant, calculated use of that same religion. As Greenwood emphasizes in Julian and Christianity, these attributes were inextricably tied to Julian's relationship with Christianity—and how he appropriated certain theological elements from the religion for his own religious framework, from texts to deities.

Through his nuanced, detailed readings of Julian's writings, Greenwood brings together ancient history, Neoplatonist philosophy, and patristic theology to create an exceptional and thoughtful biography of the great Roman leader. As a result, Julian and Christianity is a deeply immersive look at Julian's life, one that considers his multifaceted rule and the deliberate maneuvers he made on behalf of political ascendancy.

David Neal Greenwood is Honorary Research Fellow in the School of Divinity at the University of Aberdeen.