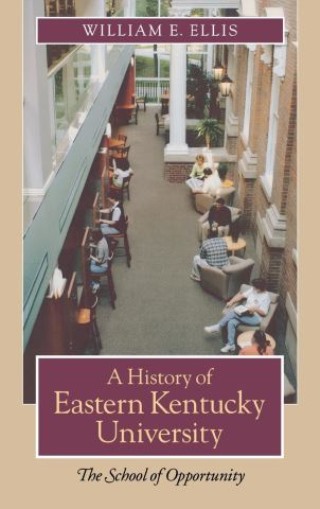 A History of Eastern Kentucky University

The School of Opportunity

Eastern Kentucky University (EKU) in Richmond, Kentucky, was originally established as a normal school in 1906 in the wake of a landmark education law passed by the Kentucky General Assembly. One hundred years later, the school has evolved into a celebrated multipurpose regional university that is national in scope.

The school was built on a campus that had housed Central University, a southern Presbyterian institution. In its early years, EKU grew slowly, buffeted by cyclical economic problems and the interruptions of two world wars. During that time, however, strong leadership from early presidents Ruric Nevel Roark, John Grant Crabbe, and Herman L. Donovan laid the groundwork for later expansions.

President Robert. R. Martin oversaw the rapid growth of the institution in the 1960s. He managed an increase in enrollment and he had additional facilities built to house and educate the growing student population. A savvy administrator, he was at the forefront of vocational education and initiated programs in nursing and allied heath and in law enforcement education. His successor, J.C. Powell, built on Martin's work and saw EKU mature as a regional university. He reorganized its colleges to better balance the needs of general and technical education students and kept educational programs going despite decreases in state funding.

In addition, Powell's years were a magical time for EKU's sports programs, as the Colonels captured national football championships in 1979 and 1982 and finished second in 1980 and 1981. Today, EKU continues to offer students a quality education and strives to meet the diverse needs of its student body. Three Eastern campuses, as well as distance learning programs through the Kentucky Telelinking Network, offer more options to students than ever before as EKU prepares them for the challenges of a new century.

In A History of Eastern Kentucky University, William E. Ellis recounts the university's colorful history, from political quandaries surrounding presidential administrations and financial difficulties during the Great Depression to its maturing as a leading regional university. Interviews with alumni, faculty, staff, and political figures provide a personal side to the history of the school. Reflecting on the social, economic, and cultural changes in the region during the last century, Ellis's examination of the growth and development of EKU is an essential resource for alumni and for those interested in the progression of public higher education in Kentucky and the region.

William E. Ellis: William E. Ellis, university historian and Foundation Professor Emeritus at Eastern Kentucky University, is the author of several books, including The Kentucky River. In 1999, he received the Governor's Award for his book Robert Worth Bingham and the Southern Mystique.