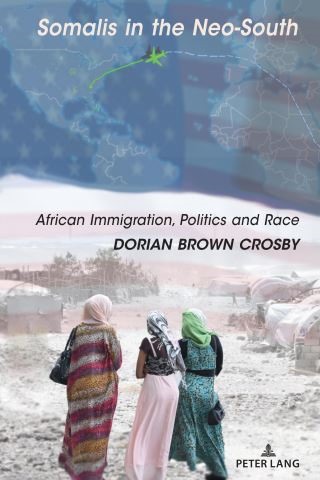 As demographics change and the southern American region grows more multicultural, clashes between mentalities and contemporary population realties increase. Somalis in the Neo-South: African Immigration, Politics and Race offers a balanced and insightful look at Somalis in the southern United States. Politically centered, it is a thought-provoking book that presents an essential and positive alternative to the familiar portrayal of Somalis in the United States as terrorists. It explains the U.S. resettlement process and illuminates the civic engagement and entrepreneurship of Somalis in Clarkston, Georgia, and Nashville, Tennessee.

Dorian Brown Crosby is Assistant Professor in the Department of Political Science at Spelman College, where she was the 2017 recipient of the Vulcan Materials Company Teaching Excellence Award. Since earning her Ph.D. in political science from Clark Atlanta University, her publications, guest lectures and advocacy focus on resettled African refugees in the United States.