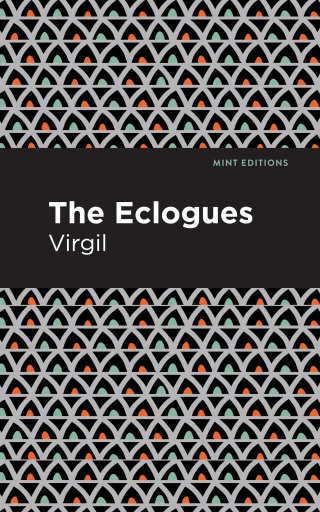 “In the whole of European literature there is no poet who can furnish the texts for a more significant variety of discourse than Virgil. [He] symbolizes so much in the history of Europe, and represents such central European values…” –T.S. Eliot

The Eclogues (38 BC), also known as the Bucolics, is a work by Roman poet Virgil. Although less prominent than The Aeneid, Virgil’s legendary epic of the Trojan hero Aeneas and his discovery of what would later become the city of Rome, The Eclogues have endured as a landmark in the history of pastoral poetry. The Eclogues were inspired by the bucolic idylls of Hellenistic poet Theocritus, poems set in the rural region of Arcadia in Ancient Greece. In contrast to Theocritus, whose poems idealized agricultural life for a cosmopolitan audience based in Alexandria, Virgil’s work is grounded in the complex sociopolitical realities of its day, a time of civil war following the assassination of Julius Caesar.

“Some brutal soldier will possess these fields / An alien master. Ah! To what a pass / Has civil discord brought our hapless folk!” Displaced from his land, Meliboeus laments his fate to the farmer Tityrus, who has been fortunate enough to retain his ancestral home. Set amidst civil war, poverty, and cultural upheaval, the Eclogues vary in tone and scope from the tragic dialogue just described to a lonely shepherd crying for lost love and a singing competition held between two gifted men. In emphasizing the connection between poetry, singing, and labor, Virgil recalls the roots of written language in an older, oral tradition, restoring what has been lost—peace, land, possessions, love—in what can never be taken away. “Love conquers all things; yield we too to love!” In a time of widespread uncertainty, Virgil found solace in surrendering to the unknown while remaining certain of one eternal truth: as long as love survives, there will be songs.

With a beautifully designed cover and professionally typeset manuscript, this edition of Virgil’s The Eclogues is a classic work of Roman literature reimagined for modern readers.

Virgil (70 BC-19 BC) was a Roman poet. He was born near Mantua in northern Italy. Educated in rhetoric, medicine, astronomy, and philosophy, Virgil moved to Rome where he was known as a particularly shy member of Catullus’ literary circle. Suffering from poor health for most of his life, Virgil began his career as a poet while studying Epicureanism in Naples. Around 38 BC, he published the Eclogues, a series of pastoral poems in the style of Hellenistic poet Theocritus. In 29 BC, Virgil published his next work, the Georgics, a long didactic poem on farming in the tradition of Hesiod’s Works and Days. In the last decade of his life, Virgil worked on his masterpiece the Aeneid, an epic poem commissioned by Emperor Augustus. Expanding upon the story of the Trojan War as explored in Homer’s Iliad and Odyssey, the Aeneid follows the hero Aeneas from the destruction of Troy to the discovery of the region that would later become Rome. Posthumously considered Rome’s national poet, Virgil’s reputation has grown through the centuries—in large part for his formative influence on Dante’s Divine Comedy—to secure his position as a foundational figure for all of Western literature.