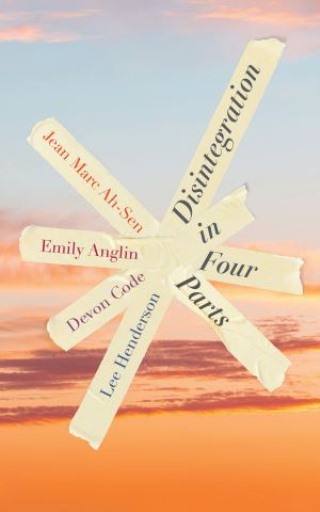 Jean Marc Ah-Sen is the author of In the Beggarly Style of Imitation and Grand Menteur, which was selected as one of the 100 best books of 2015 by The Globe & Mail. The National Post has hailed his work as “an inventive escape from the conventional.” He lives in Toronto with his wife and two sons.

Writer and freelance editor Emily Anglin grew up in Waterloo, Ontario, and now lives in Toronto. She holds an MA in Creative Writing from Concordia University and a PhD in English from Queen’s University. Emily Anglin’s first collection of short fiction, The Third Person, was published in 2017. She is currently at work on her first novel.

Devon Code is a fiction writer. He is the author of Involuntary Bliss, a novel, and In A Mist, a collection of stories. In 2010, he was the recipient of the Writers’ Trust Journey Prize. Originally from Dartmouth, Nova Scotia, he lives in Peterborough, Ontario.

Lee Henderson is the author of three books: a collection of short stories and two novels, all published with Penguin. A contributing editor for Border Crossings magazine for over fifteen years and cover curator for The Malahat Review since 2105, Henderson teaches creative writing at the University of Victoria. Henderson’s visual art has been exhibited in Canada and abroad.