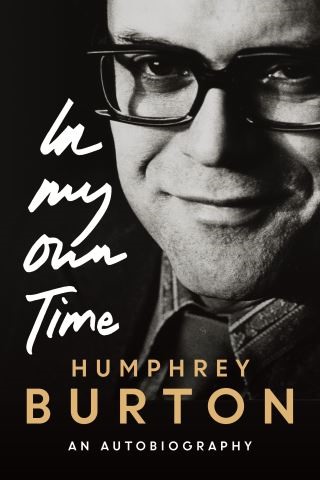 In My Own Time

Sir Humphrey Burton is one of Britain's most influential post-war music and arts broadcasters. Witty, humorous and full of humanity, Burton's account presents us with never before recorded perspectives on the world of British cultural broadcasting and classical music. Burton worked with such outstanding directing talents as Ken Russell and John Schlesinger, before becoming the BBC's Head of Music and the Arts. Already in the 1960s, in conversations with Glenn Gould for instance, Burton helped to create innovative ways of presenting music to new audiences. Following Sir David Frost's call to LWT/ITV, Burton rose to prominence with presenting the award-winning arts series Aquarius (1970-1975). The early 1970s saw the beginning of Burton's long association with Leonard Bernstein. Burton was at hand filming the maestro's educational programs, as well as concerts with the Vienna Philharmonic. Unforgettable are his chronicles of Bernstein's last years, culminating in a worldwide broadcast of the conductor's Berlin Freedom Concert after the fall of the Berlin Wall. Burton's gift for communicating music turned him into a celebrated Bernstein biographer. With multi award-winning television programmes to his name, such as the BBC's Young Musician of the Year, Burton left an indelible mark on Britain's music and arts broadcasting history. Sir Humphrey Burton offers us many encounters with twentieth century classical music's superstars and former broadcasting colleagues. What transpires is a creative mind at work that never lost sight of the demand that the appropriate presentation of music can only go hand-in-hand with a deep understanding of music itself. This long-awaited autobiography is a must-read for classical musical enthusiasts and those fascinated by some of the twentieth century's star performers. It also offers unique insights into the history of music, the BBC and arts broadcasting in twentieth-century Britain.

Humphrey Burton: SIR HUMPHREY BURTON, CBE was Head of Music and Arts, BBC Television and produced seminal series for LWT. He was the Artistic Adviser to the Barbican Centre, London, and Guest Director at the Hollywood Bowl. He is the author of Leonard Bernstein (1994/2017), Yehudi Menuhin (2000) and William Walton (2002). Since the 1990s he has been a freelance broadcaster. Humphrey Burton lives in Aldeburgh, Suffolk. He was knighted in 2020 for his life-long services to classical music, the arts and the media.