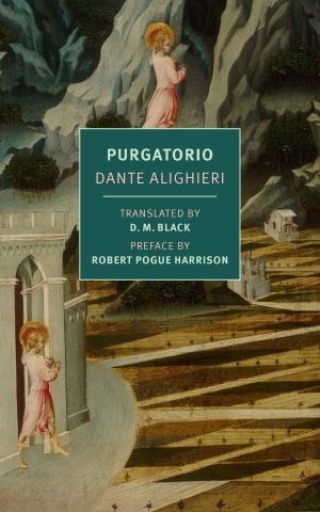 A new translation of Dante's Purgatorio that celebrates the human elements of the second part of The Divine Comedy. This is a bilingual edition with an illuminating introduction from the translator.

Purgatorio, the middle section of Dante’s great poem about losing, and subsequently finding, one’s way in the middle of one’s life is, unsurprisingly, the beating heart of The Divine Comedy, as this powerful and lucid new translation by the poet D. M. Black makes wonderfully clear.

After days spent plumbing the depths of hell, the pilgrim staggers back to the clear light of day in a state of shock, the sense of pervasive dread and deep bewilderment with which he began his pilgrimage as intensified as it is alleviated by his terminal vision of evil. The slow and initially arduous climb up the mount of Purgatory that ensues, guided as always by Virgil, his poetic model and mentor, is simultaneously a reckoning with human limits and a rediscovery of human potential in the light of divine promise.

Dante’s Purgatorio, which has been an inspiration to poets as varied as Shelley and T. S. Eliot, is a book full of human stories and philosophical inquiry; it is also a tale of individual reintegration and healing.

Black, a distinguished psychoanalyst as well as a poet, provides an introduction and commentary to this masterpiece by Dante from a contemporary point of view in this bilingual edition.

Dante Alighieri: Dante Alighieri’s (1265–1321) most famous works are The New Life, which is available in the NYRB Poets series in a translation by Dante Gabriel Rosetti; De vulgari eloquentia, a defense of the use of the vernacular in literature; and his epic vision of the afterlife, The Divine Comedy. NYRB Classics also publishes Dante’s Inferno in a translation by Ciaran Carson.

Robert Pogue Harrison is a critic, radio host, and the Rosina Pierotti Professor in Italian Literature at Stanford University. His most recent book is Juvenescence: A Cultural History of Our Age.