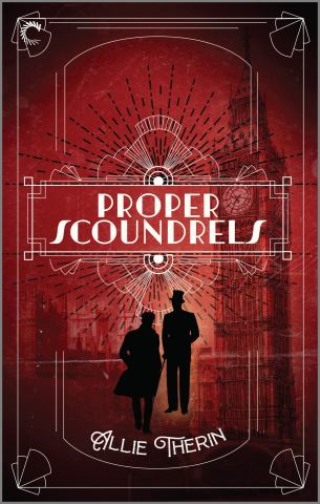 Their scandalous pasts have left them wounded and unworthy—and hopelessly perfect together.

Sebastian de Leon is adjusting to life after three years spent enthralled by blood magic. The atrocities he committed under its control still weigh heavily on his conscience, but when he’s asked to investigate a series of mysterious murders, it feels like an opportunity to make amends. Until he realizes the killer’s next likely target is a man who witnessed Sebastian at his worst—the Viscount Fine.

Lord Fine—known as Wesley to his friends, if he had any—is haunted by ghosts of his own after serving as a British army captain during the Great War. Jaded and untrusting, he’s tempted to turn Sebastian in, but there’s something undeniably captivating about the reformed paranormal, and after Sebastian risks his own life to save Wesley’s, they find common ground.

Seeking sanctuary together at Wesley’s country estate in Yorkshire, the unlikely pair begins to unravel a mystery steeped in legend and folklore, the close quarters emboldening them to see past the other’s trauma to the person worth loving beneath. But with growing targets on their backs, they’ll have to move quickly if they want to catch a killer—and discover whether two wounded souls can help each other heal.

Allie Therin: Allie Therin is a writer and avid reader of sci-fi, fantasy, and romance. She also is, or has been, a bookseller, an attorney, a parks & rec assistant, a boom operator, and a barista for one (embarrassing) day. Allie grew up in a tiny Pacific Northwest town with more bears than people, although the bears sadly would not practice Spanish with her.