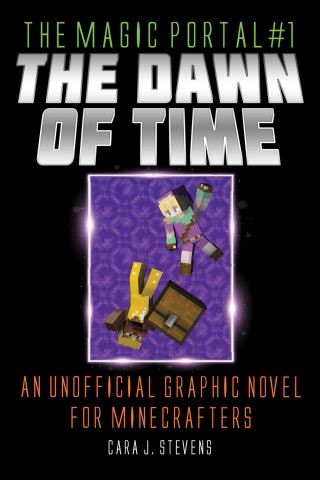 The Dawn of Time

An Unofficial Graphic Novel for Minecrafters

The first book in an all-new graphic novel series for Minecrafters—The Magic Portal!

In a world where combat games are the key to survival, two rivals get accidentally sucked into a portal that brings them back in time to the very beginning of The End. There, they uncover the ancient secrets of an Enderman’s unusual behavior. In order to get back home and share this valuable knowledge, Keri and Omar must guide the Endermen to carry out their plan to build the End Portal. The problem is, the Endermen aren’t so keen on following the plans Keri and Omar have laid out for them. In fact, if they’re not careful, they’ll find out just how hostile an Enderman can get. Will Keri learn to trust Omar? Can these two enemies find a way to get along long enough to hatch a plan, convince the Endermen to build the End Portal, and return home without making any waves in their future timeline?

Cara J. Stevens: Cara J. Stevens has a deep and abiding love for video games, science fiction and writing. She began her career designing interactive games and stories based on books and is happy to come full circle, creating stories based on video games. She has written nine other books for kids, including the novel Dragon School. When she’s not writing or hanging out at the beach, she can be found playing pinball, WiiU, and classic Atari games. Cara lives in Old Greenwich, Connecticut with her husband, two children, and a loud, fluffy dog named Oliver.