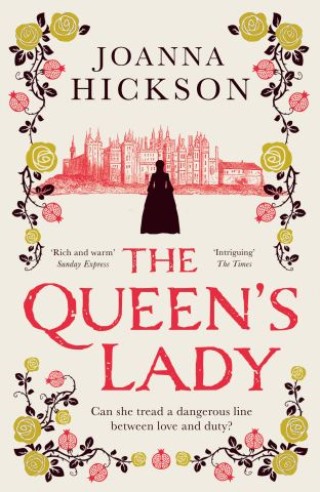 The Queen’s Lady (Queens of the Tower, Book 2)

’A stunning evocative novel… I was completely captivated’ Clare Marchant, author of The Queen’s Spy

Can she tread a dangerous line between love and duty?

Raven-haired and fiercely independent, Joan Guildford has always remained true to herself. As lady-in-waiting and confidante to Queen Elizabeth, wife of Henry VII, Joan understands royal patronage is vital if she and her husband, Sir Richard, are to thrive in the volatile atmosphere of court life.

But Tudor England is in mourning following the death of the Prince of Wales, and within a year, the queen herself. With Prince Henry now heir to the throne, the court murmurs with the sound of conspiracy. Is the entire Tudor project now at stake or can young Henry secure the dynasty?

Drawn into the heart of the crisis, Joan’s own life is in turmoil, and her future far from secure. She faces a stark choice – be true to her heart and risk everything, or play the dutiful servant and watch her dreams wither and die. For Joan, and for Henry’s Kingdom, everything is at stake…

‘Intriguing… told with confidence’ The Times

Joanna Hickson spent twenty five years presenting and producing News and Arts programmes for the BBC. Her first published book was a children’s historical novel Rebellion at Orford Castle but more recently she has turned to adult fiction, concentrating on bringing fifteenth century English history and some of its fascinating principal characters to life.
She is married with a large family and gets inspiration from her Wiltshire farmhouse home, which dates back to her chosen period.