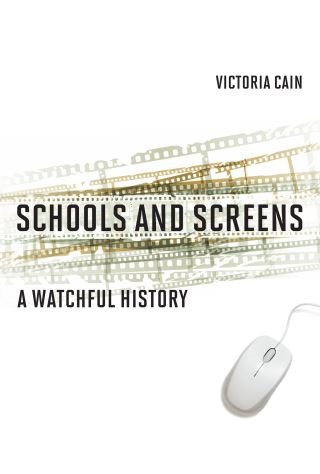 Why screens in schools—from film screenings to instructional television to personal computers—did not bring about the educational revolution promised by reformers.

Long before Chromebook giveaways and remote learning, screen media technologies were enthusiastically promoted by American education reformers. Again and again, as schools deployed film screenings, television programs, and computer games, screen-based learning was touted as a cure for all educational ills. But the transformation promised by advocates for screens in schools never happened. In this book, Victoria Cain chronicles important episodes in the history of educational technology, as reformers, technocrats, public television producers, and computer scientists tried to harness the power of screen-based media to shape successive generations of students.
Cain describes how, beginning in the 1930s, champions of educational technology saw screens in schools as essential tools for training citizens, and presented films to that end. (Among the films screened for educational purposes was the notoriously racist Birth of a Nation.) In the 1950s and 1960s, both technocrats and leftist educators turned to screens to prepare young Americans for Cold War citizenship, and from the 1970s through the 1990s, as commercial television and personal computers arrived in classrooms, screens in schools represented an increasingly privatized vision of schooling and civic engagement. Cain argues that the story of screens in schools is not simply about efforts to develop the right technological tools; rather, it reflects ongoing tensions over citizenship, racial politics, private funding, and distrust of teachers. Ultimately, she shows that the technologies that reformers had envisioned as improving education and training students in civic participation in fact deepened educational inequities.

Victoria Cain: Victoria Cain is Associate Professor of History at Northeastern University and coauthor of Life on Display: Revolutionizing U.S. Museums of Science and Natural History in the Twentieth Century.