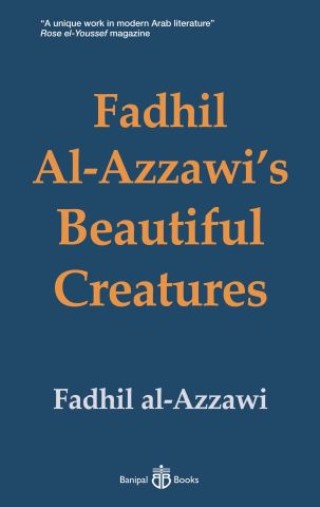 This open work was written in defiance of the “sanctity of genre” and to raise the question of freedom of expression in writing. First published in Arabic in 1969 to great acclaim, it has been variously called a novel or a prose poem, while the author calls it an epic in prose, divided as it is into cantos. In mid-1960s Iraq such an open-ended form, in which different genres could come together and blend into each other, was difficult to even imagine. For Fadhil al-Azzawi it was the core of a new vision of life after the country’s tough political experiences, especially the bloody coup of February 1963, and then abysmal defeat in the June 1967 Six-Day War. The preface to the original Arabic edition noted: “Everything in this open novel returns to itself and acquires its own particular innocence, even in language, so that the novel becomes a poem, a play, a film, a painting and a piece of music all at once without ever meaning to [. . .] It talks about itself in its own very particular way, where it says nothing specific so that it can say everything.”

Fadhil al-Azzawi: Fadhil al-Azzawi was born in Kirkuk, Iraq, in 1940. He is regarded as one of the innovators of modern Arabic literature and language. His writings blend Arabic literary tradition with western modernism and postmodernism. He has published more than thirty works, including eight novels, 14 collections of poetry and three books of essays, plus many literary translations from German and English into Arabic. Some works have been translated into English, German, French, Italian, Spanish, Dutch, Turkish, Persian, Indonesian, Hebrew and Kurdish. He studied English literature at Baghdad University. Later in Germany he studied at Leipzig University, earning a PhD in cultural journalism. He edited a number of magazines in Iraq and abroad and founded the literary magazine Shi‘r 69 (Poetry 69). His early works of the 1960s and ‘70s were received with much critical acclaim and enthusiasm, especially this book which was first published by al-Adaab Press, Najaf, Iraq, in 1969. He was arrested many times by the country’s military regimes for his political and cultural activities and spent three years in jail. He left Iraq in 1977 and since 1983 has lived in Berlin, Germany.