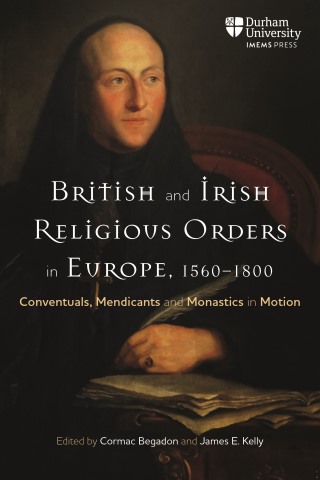 Conventuals, Mendicants and Monastics in Motion

This collection aims to explore new perspectives on the British and Irish conventual, mendicant and monastic movements in mainland Europe and rediscover their roles and wider impact within early modern European Catholicism. Building on recent scholarship, the book addresses a historiographical imbalance, which has led to an over-emphasis being placed on the role of the Society of Jesus in the development of British and Irish Catholicism following the Protestant Reformation. The stable communities of religious in mainland Europe also acted as important centres of religious and secular activity. This volume explores the ways in which British and Irish conventuals and monastics, both men and women, engaged with the seismic religious and philosophical developments of the early modern period, such as the Catholic Reformation and the Enlightenment in mainland Europe, as well as important political developments at 'home', exploring the connections between centres and peripheries. Building on recent movements within the field to 'decentralise' the Catholic Reformation and recognize the international nature of Catholicism, the volume aims to change the perception that the activities of British and Irish religious were 'peripheral', bringing the islands' experience in line with work on their European confreres and the broader global network of the religious orders.