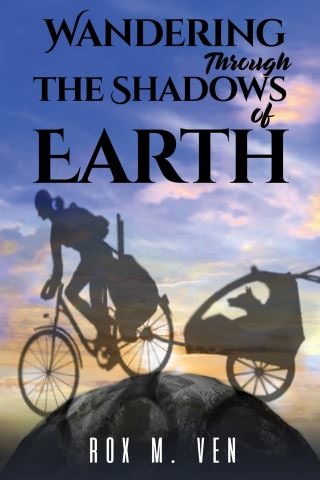 Wandering Through the Shadows of Earth

An end-of-the-world survival story, unlike any other, where the inhabitants of the planet get only vague warnings of what is to come. All that is important to modern-day humans is ripped away from the Earth in a sweeping monumental event.

Lexi Davey, a big fan of post-apocalyptic stories, finds herself oddly prepared in the devastated suburb of Phoenix. She is not a doomsday prepper, but she knows to swiftly set a plan in motion to find weapons, supplies, and the tools needed to stay alive just in case this is happening nationally or internationally.

Hindered by the weight of depression, and the loss of the life and family Lexi took for granted, the unbearable loss makes it challenging to find the motivation to continue on her survival mission.

Lexi’s quest becomes hopeful when she runs into other survivors along the way to New Mexico in search of her missing daughters. Lexi must overcome her despair as she struggles to trust and connect with strangers. She and her new allies avoid inadvertent run-ins with a local biker gang, which ultimately result in an interconnected fate.

There is more to this extinction than they will ever know. Earth was warning us globally. The world’s leaders did not take heed. Why did people have to pay the final price? It soon becomes a terrifying realization that in time they will need to adapt to primitive life and forever face the ominous shadows of Earth.

Rox M. Ven was born in Ulm, Germany, at a US Army base, where her American father served as a Sergeant. She grew up, married, and had children in northern New Jersey until the mid-1990s. With her husband and two daughters, they moved to a desert city in Arizona and live there presently.

Roxann cares deeply for animals and is a true environmentalist, doing all she can to help the earth, with recycling being her number one priority. She enjoys hiking year-round and shares her nature photos on her Facebook page, US Hikers Gallery.

Being an avid reader of post-apocalyptic style books, everything from EMP’s to zombies, she felt a different doomsday scenario was overdue. Therefore, it was her impetus to create this original end-of-days concept for her first fiction book.