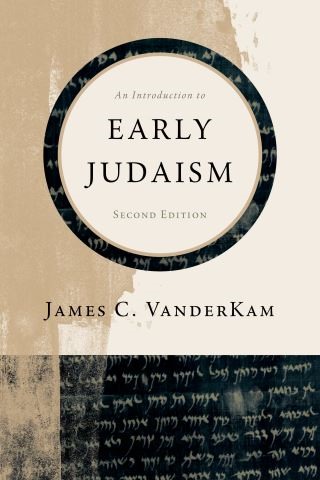 An Introduction to Early Judaism

Based on the best archaeological research, this volume explores the history of Judaism during the Second Temple period (516 BCE–70 CE), describing the body of Jewish literature written during these centuries and the most important groups, institutions, and practices of the time. Particularly interesting are VanderKam’s depiction of events associated with Masada and, more briefly, the Bar Kokhba revolt—as well as his commentary on texts unearthed in places like Elephantine and Qumran.

Now in its second edition, with additional material and updated throughout, this book remains the preeminent guide to early Judaism for anyone looking for a text that is concise and accessible while still comprehensive—and written by one of the foremost experts in the field.

James C. Vanderkam:
James C. VanderKam is the John A. O'Brien Professor of Hebrew Scriptures Emeritus at the University of Notre Dame. Among his many other books are The Dead Sea Scrolls and the Bible, The Dead Sea Scrolls Today, and the two-volume commentary on the book of Jubilees in the Hermeneia series. He also served as an editor for thirteen volumes in the Discoveries in the Judaean Desert series and was editor of the Journal of Biblical Literature from 2006 to 2012.