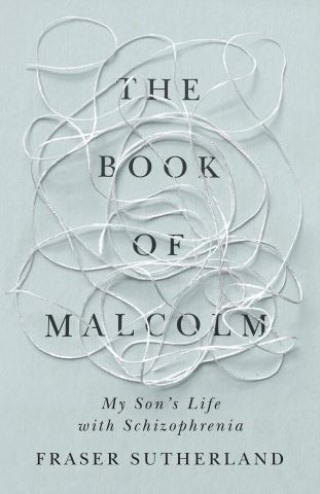 The Book of Malcolm

My Son's Life with Schizophrenia

A father reflects on the rich life of his son, who died suddenly at twenty-six after living with schizophrenia.

On the morning of Boxing Day 2009, the poet Fraser Sutherland and his wife found their son, Malcolm, dead in his bedroom in their house. He was twenty-six and had died from a seizure of unknown cause. Malcolm had been living with schizophrenia since the age of seventeen.

Fraser’s respectful narration of Malcolm’s life — his happiness as well as his sufferings, his heroic efforts to calm his troubled mind, his readings, his writings, his experiments with religious thought — is a master writer’s attempt to give shape and dignity to his son’s life, to memorialize it as more than an illness. And in writing about his son’s life, Fraser creates his own self-effacing memoir — the memoir of a parent’s resilience through years of stressful care.

Fraser Sutherland, one of Canada’s finest poetry critics and essayists, died shortly after completing this book.

Fraser Sutherland (1946–2021) was the author of seventeen previous books of poetry and essays. He was a widely respected critic, editor, and lexicographer. Originally from Pictou, Nova Scotia, he lived for periods in Montreal, Toronto, Sarajevo, British Columbia, Scotland, Portugal, and China.