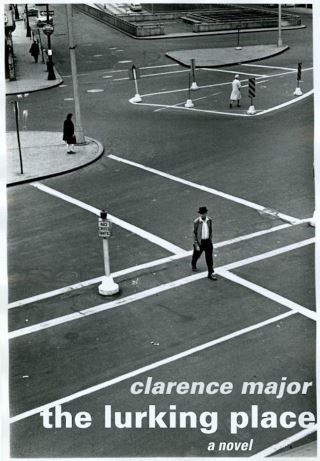 An engaging new novel by African-American literary icon Clarence Major reveals personal and political parallels between the past and present. What happens when the drive to succeed professionally collides with ambitions of the heart? In The Lurking Place, James Eric Lowell, a young Black poet, strives to advance his career and extend his whirlwind romance with his white lover, Sophia. Set in New York City and Mexico during 1968—a time of political upheaval and social change—this cinematic page-turner captivates the reader with its richly drawn settings and unforgettable characters. Will James finish his manuscript and have his book published? Will Sophia stay with James or allow her family to reign in her passions?

Clarence Major: Clarence Major is an award-winning poet, novelist, and painter. He was born in Atlanta and grew up in Chicago where he attended Fullerton Hall at the Art Institute. He taught at various universities and retired from teaching literature and creative writing at the University of California, Davis in 2007. His paintings have been part of twenty-eight group shows and fifteen solo shows. He is the author of fifteen collections of poetry; and eleven works of fiction. Clarence Major is the winner of the "2015 Lifetime Achievement Award for Excellence in the Fine Arts," presented by the Congressional Black Caucus Foundation. Major was also awarded the PEN/ Reginald Lockett Lifetime Achievement Award for Excellence in Literature.