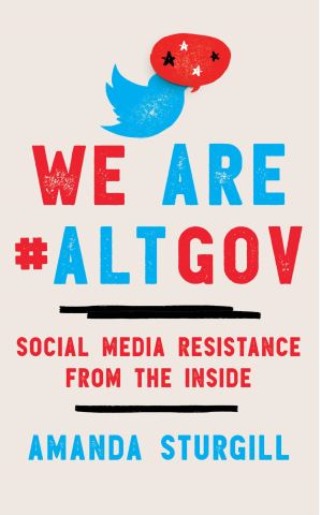 Social Media Resistance from the Inside

When being a team-player at work meant lying to the American people, brave civil servants took to social media to share the inside scoop.

Government employees expect some changes with each new election, but adjusting to the Trump administration was different. The new president was banning Muslim immigrants, repealing Net Neutrality and deleting climate change information from EPA websites. It became urgent to take a stand. The #ALTGOV Twitter movement subverted official statements to remind the American public that all was not well in the White House but that there was something they could do about it.

This is the story of how the same social media technologies that fractured America have helped rogue government workers and concerned citizens work to keep it together. Beginning with tweets from the parks about the Inauguration Day crowd, the #AltGov Twitter accounts offered followers context, truth, and opportunities to take real-world action to support human rights, privacy rights, and science. Followers say they offer hope. They’ve also faced challenges from their bosses in the government, from trolls and bots, and from each other.

Amanda Sturgill offers the first real look at this grassroots movement, including exclusive interviews with #AltGov members as they struggled to work with others who had a spectrum of goals and motivations. They faced their own fears of being discovered or even inadvertently causing the harm they were trying to forestall. The #AltGov movement shows us that social media is more than a megaphone—it’s a way for everyday people to live out the democratic ideals that shaped their country.

Amanda Sturgill: Amanda Sturgill is Associate Professor at Elon University and has been teaching the use of logic to create and understand arguments throughout her 20-year career as an educator. She can use her knowledge of how to explain to novices and combine it with her experience as a journalist and as the director of communications for a major international competition.