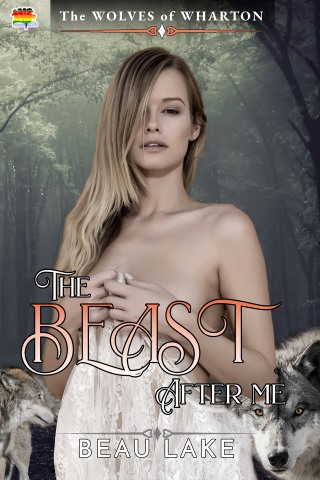 The Beast After Me

Is it a gift if it has teeth?
Haley Campbell is caught in a snare: longing to run wild but terrified of her secret violent urges. When she finds her grandfather’s diary in the attic, she discovers her insatiable hunger is an inherited trait. The ancient frail man who used to chain-smoke in her parents’ living room is responsible for countless unsolved murders in the 1930s and -40s.
Fearful of following in his bloody footsteps—her birthright, after all—she travels to Wharton, a beachfront town, hoping to find the Alpha who may have a way of curing her hunger before someone else gets hurt.
Candy Bailey is feeling boxed-in: an unfulfilling relationship, a dead-end job, and a raging case of writer’s block. Something has to change. Then she meets Haley, a beautiful young woman on a mysterious quest. Candy is desperate to help her—if only to see her smile.
But when their relationship escalates into something more, Candy is thrust into a dangerous world she never knew existed.
Meanwhile, Alpha Angus Chilton and his human lover, Hunter Bailey, have built a quaint, beautiful life together in Wharton. The tumultuous events of the previous year are now just a distant nightmare. But when Haley makes her presence known, it may tear everything they built asunder.

Beau Lake: Beau Lake is a tattooed, blue-haired, queer romance writer skulking around the mountains of Virginia. She is very happily married and lives with a menagerie of children (2), dogs (3), and plants. Her current hobbies include digital art, social/animal activism, and screaming into the void. Mostly the latter. She is passionate about ending greyhound racing in the United States and worldwide, and shares her home with a retired racer named River. Other favorite activities include listening to true crime podcasts, staring at empty Word documents while having existential crises, and asking herself “What Would Stephen King Do?” Beau writes both traditional and horror/supernatural LGBTQIA romance. Werewolves are her favorite because they have sharp teeth and even sharper personalities. Some of her published work includes the well-received DC Pride series, co-written with Tatum West (Proud, Out, and The Space Between Us). The Wolves of Wharton is her first supernatural series, with more to come! She can be found online via Facebook, Twitter, or at authorbeaulake.com. She loves talking with readers and can be reached at authorbeaulake@gmail.com. Vegetarian recipes are also appreciated.