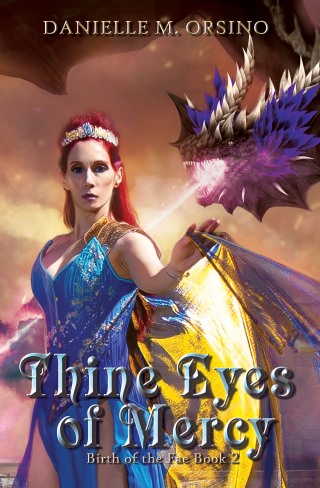 Queen Aurora, of the Court of Light Fae, and King Jarvok, of the Court of Dark Fae, are exhausted and battle-worn after centuries of fighting. The attrition has taken its toll upon their kin and power bases.
What happens when you have to give in to your enemy?
All wars eventually end, even magical ones. The Dark and Light Fae have set their elemental magick and weapons down, but, all is not quiet in the Veil...
King Jarvok was confident his army could win the war, but at what cost? It was time to act like a King, not a power hungry megalomaniac. That was his Creator's role, not his. He reaches out to Queen Aurora, and the Treaty of Bodhicitta is signed.
The treaty promises the Fae will never spill each other's blood again. Rules for their human worshippers are put into place. The Court of Dark must not interfere with humans in a malignant way, but they can act as gods and goddesses of atonement. The Court of Light can return to acting as advisors to the European royal families, as they have done for centuries.
However, Queen Aurora and King Jarvok will learn that while they were playing war games, their humans have changed and moved away from the old ways.
The two monarchs face unknown challenges in a world where Christianity, not paganism, is the new power.
Sometimes the devil you know is better than the one you do not.

Danielle M. Orsino: Danielle M. Orsino — destined to be a writer from a young age — was working as a nurse, treating a patient who needed some distractions during long treatment sessions, when inspiration struck. Orsino reached back to a forgotten skill, a childhood dream. From a young age, she had wanted to be a writer, so she decided to tell her patient a story. Little did she know a seed was planted that day; a seed that would grow into a fantastically epic adventure of heartbreak, hope, and rebirth: Birth of the Fae: Locked Out of Heaven. Drawing from her passion for comic books, cosplay, and the fantasy genre, along with her martial arts expertise, Orsino brings forth an electric and hopeful book debut. She is taking on her biggest challenge to date — a story born from the long treatment sessions with a patient, and building it into a fantasy book series, Birth of the Fae. ​ Expanding on her love of writing and comics, and exploring the world of fantasy novels, she delves into the realm of fairies, retelling their origins from a completely new perspective.