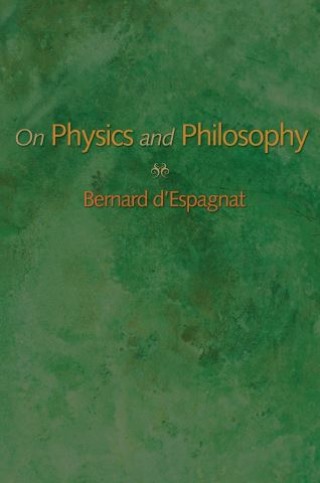 On Physics and Philosophy

Among the great ironies of quantum mechanics is not only that its conceptual foundations seem strange even to the physicists who use it, but that philosophers have largely ignored it. Here, Bernard d'Espagnat argues that quantum physics--by casting doubts on once hallowed concepts such as space, material objects, and causality-demands serious reconsideration of most of traditional philosophy.

On Physics and Philosophy is an accessible, mathematics-free reflection on the philosophical meaning of the quantum revolution, by one of the world's leading authorities on the subject. D'Espagnat presents an objective account of the main guiding principles of contemporary physics-in particular, quantum mechanics-followed by a look at just what consequences these should imply for philosophical thinking.


The author begins by describing recent discoveries in quantum physics such as nonseparability, and explicating the significance of contemporary developments such as decoherence. Then he proceeds to set various philosophical theories of knowledge--such as materialism, realism, Kantism, and neo-Kantism--against the conceptual problems quantum theory raises. His overall conclusion is that while the physical implications of quantum theory suggest that scientific knowledge will never truly describe mind-independent reality, the notion of such an ultimate reality--one we can never access directly or rationally and which he calls "veiled reality"--remains conceptually necessary nonetheless.

Bernard d'Espagnat: Bernard d'Espagnat is professor emeritus of physics at the University of Paris-Orsay, where he was director of the Laboratory of Theoretical Physics and Elementary Particles from 1970 to 1987, and winner of the 2009 Templeton Prize. His books include the classic Conceptual Foundations of Quantum Mechanics and Veiled Reality.