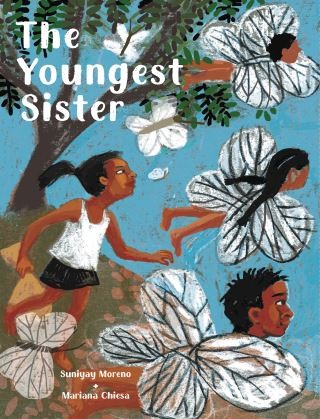 Suniyay Moreno is the name the author has chosen because it is the one given to her by her Quechua grandmother. She was born and lived in the mountains above Santiago del Estero in Argentina where she loved to climb trees barefoot, run after baby goats, and sing songs and make riddles in Quechua—her mother tongue. When she was six she moved to Santiago where she learned Spanish. As a grown-up, she became a librarian so she could climb around the stacks of books and children. She lives in Buenos Aires, Argentina, and this is her first book.

Mariana Chiesa is the author of Migrants and No Time to Play, which have won prizes and arepublished internationally. Her best known books are Migrando and No hay tiempo para jugar which are published and prize winning in many countries but not in English. In 2014 she won the Latin American Illustration Prize given by the University of Palermo. The Youngest Sister is her first book available in English.