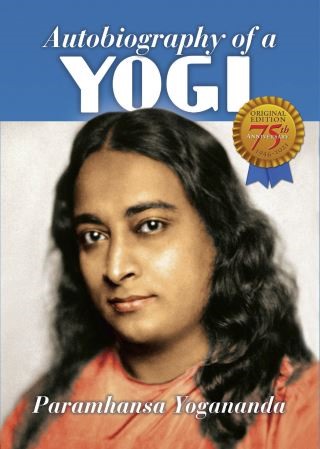 Autobiography of a Yogi

The Original 1946 Edition plus Bonus Material

A Top 100 Spiritual Book of the Twentieth Century

This is a new edition, featuring previously unavailable material, of a true spiritual classic. Autobiography of a Yogi is one of the best-selling Eastern philosophy titles of all-time, with millions of copies published.

New Bonus Materials added to this edition include: a) the last chapter that Yogananda wrote in 1951 covering the years 1946–1951 that was not originally available in the first edition (and without posthumous changes), b) the eulogy that Yogananda wrote for Gandhi, and c) a new afterword by Swami Kriyananda, one of Yogananda's closest direct disciples.

Yogananda's masterpiece has been named one of the greatest and most influential books of the twentieth century. This highly prized verbatim reprinting of the original 1946 edition is (unlike other publishers' editions) free from textual changes made after Yogananda's death. Yogananda was the first yoga master of India whose mission brought him to live and teach in the West. His firsthand account of his life experiences in India includes childhood revelations, stories of his visits to saints and masters in India, and long-secret teachings of yoga and Self-realization that he first made available to the Western reader.

As a bright light shining in the midst of darkness, so was Yogananda’s presence in this world. Such a great soul comes on earth only rarely, when there is a real need among men. —The Shankaracharya of Kanchipuram

Born in India in 1893, Paramhansa Yogananda was trained from his early years to bring India’s ancient science of Self-realization to the West. In 1920 he moved to the United States to begin what was to develop into a worldwide work touching millions of lives. Americans were hungry for India’s spiritual teachings, and for the liberating techniques of yoga.

In 1946 he published what has become a spiritual classic and one of the best-loved books of the 20th century, Autobiography of a Yogi. In addition, Yogananda established headquarters for a worldwide work, wrote a number of books and study courses, gave lectures to thousands in most major cities across the United States, wrote music and poetry, and trained disciples. He was invited to the White House by Calvin Coolidge, and he initiated Mahatma Gandhi into Kriya Yoga, his most advanced technique of meditation.

Yogananda’s message to the West highlighted the unity of all religions, and the importance of love for God combined with scientific techniques of meditation.