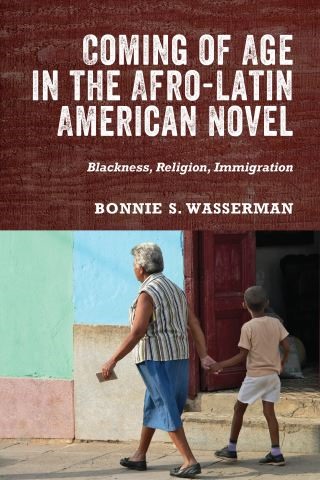 Coming of Age in the Afro-Latin American Novel

The centuries-old European genre of the coming-of-age story has been transformed by contemporary Afro-Latin American novelists to address key aspects of the diaspora in various nations of the Caribbean and Latin America. While attention to Afro-Hispanic and Afro-Brazilian literature has increased in recent decades, few critics have focused specifically on the Afro-Latin American Bildungsroman, and fewer still have addressed novels from both Spanish- and Brazilian-speaking regions, as author Bonnie Wasserman does in this study.

The memory and continuing impact of slavery especially shape these coming-of-age stories. Often interwoven with race is a focus on religion, particularly the importance of African folk religions and traditions in the lives of young people. Immigration-and the return journey-is another important theme in the novels.

Coming of Age in the Afro-Latin American Novel discusses works&emdashall published around the turn of the 21st century&emdashby such important writers as Dahlma Llanos-Figueroa and Mayra Santos-Febres (from Puerto Rico), Conceição Evaristo and Paulo Lins (from Brazil); Teresa Cardenas and Pedro Pérez Sarduy (from Cuba); and Junot Diaz and Rita Indiana (from the Dominican Republic). Wasserman's far-reaching analysis is both rigorous and compassionate, shedding a clear light on ways in which descendants of Africans have experienced life in the New World.