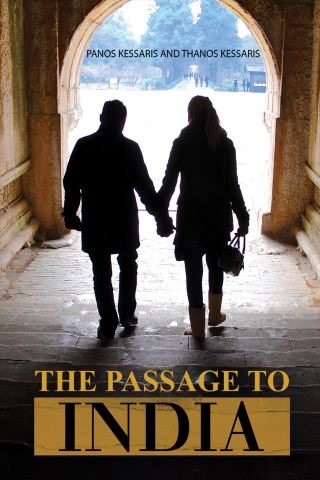 The Passage to India

The origins of this book of contemplation spring from the long and arduous tour around India undertaken by the author's father back in 1965. The more he began to experience this great country, the more he wanted to move beyond merely describing its landscape and the treasures from its glorious past. His aim was to expand his interpretation of the world of India into a wholly new mode of thinking and thereby to understand humanity as a whole.
The author has now completed the book by adding his own contemporary thoughts and comparisons about the soul of India as a complement to his father's work.
A message to you all from a simple man: this book does not fit neatly into any existing categories. This is INDIA. And nothing else.

Panos Kessaris: PANOS KESSARIS was born in Athens, Greece, in 1968. He graduated from a local high school for gifted children. After his university programme, he took a scholarship to follow a full residency training in oral and maxillofacial surgery in USA. As a teenager, he followed his parents over their trips around Europe many times, visiting museums and monuments. He was an athlete of the National Equestrian Team. He was inspired by his father’s philosophy of life: learn and teach as much as you can. He has worked in his field in UK, France, Germany and China. He lives with his wife, Jenny, who makes him a better person every day. Together, they raise three wonderful boys. THANOS KESSARIS was born in Athens, Greece, in 2004. Currently, he is a studious member of the University of Nebraska High School and a certified PADI rescue diver. He loves the ocean and its creatures.