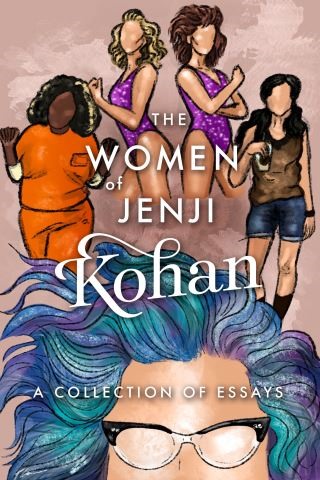 The Women of Jenji Kohan: Weeds, Orange is the New Black, and GLOW

A Collection of Essays

The Women of Jenji Kohan, creator of such landmark shows as Weeds, Orange Is the New Black, and GLOW, is the latest in Fayetteville Mafia Press's pioneering series examining the female characters of legendary creators of television and film. Here, writers from all walks of life analyze the significance of such iconic characters as Nancy Botwin (Mary-Louise Parker), Piper Chapman (Taylor Schilling) and the host of women residing in Litchfield Correctional Institution, Ruth Wilder (Alison Brie), and Debbie Eagan (Betty Gilpin), to both themselves and to pop culture at large. Edited by Scarlett Harris (A Diva Was a Female Version of a Wrestler: An Abbreviated Herstory of World Wrestling Entertainment), The Women of Jenji Kohan: Weeds, Orange Is the New Black, and GLOW is the third book in the unique "The Women Of" series, following The Women of David Lynch (June 2019) and The Women of Amy Sherman-Palladino (November 2019).

Scarlett Harris: Scarlett Harris is an Australian culture critic. She has been published in such outlets as Playboy, VICE, The Huffington Post, Vox, Shondaland, and many others. You can find her at her website The Scarlett Woman and on Twitter @ScarlettEHarris. A Diva Was a Female Version of a Wrestler was her first book.