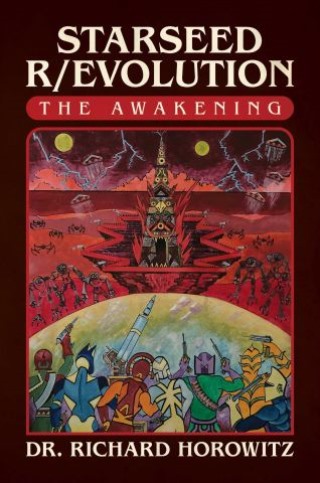 Earth is in peril. Is the only hope for salvation a five-year-old, half-human, half-Arcturian prince and a master Starseed mystic?

Enter the extraordinary world of Crown Prince Ian, the last surviving heir of the Royal Arcturian Family of Antwar. He’s half-human, half-alien, with an IQ approaching 200 and a penchant for Swiss chocolates and defending humanity from itself. Is he Earth’s savior from climate change? Or, as his genetic grandmother would say, only another mensch?

Written in 2100—in the tradition of Marcus Aurelius, Winston Churchill, Sun Tzu, and Kanye West—Prince Ian recounts firsthand the most thrilling and critical years of the Orion Wars, an intergalactic struggle between good, evil, and the merely tolerable. From space reptiles pulling the strings in D.C. to sperm-gathering Greys at the Battle of Woodstock and the terrifying realities of global warming, Prince Ian shares his deepest observations and memories to inspire readers throughout the cosmos to think, laugh, and ascend.

A Gulliver’s Travels for the twenty-third century, Starseed R/evolution provides satire, adventure, pop psychology, mystical exploration, and a breath of fresh air in a world choking on its own hubris. From the New York Times bestselling mind of a controversial world-renowned scientist comes a work audacious in its scope and startling in its ultimate message of the ecocide facing our planet, including real solutions and a reading experience you will never forget.

Dr. Richard Horowitz: Dr. Richard Horowitz is an internationally recognized physician practicing in Hyde Park, NY. He is an award-winning author of two bestselling books on Lyme disease and chronic illness, and co-author of the 2018 HHS Tick-borne Disease Working Group report to Congress. He has received humanitarian awards from the Turn the Corner Foundation and Project Lyme, has appeared on numerous local and national media outlets—including the Today show and Fox News, for his work on Lyme disease and COVID-19—and is now providing novel solutions for our climate emergency.