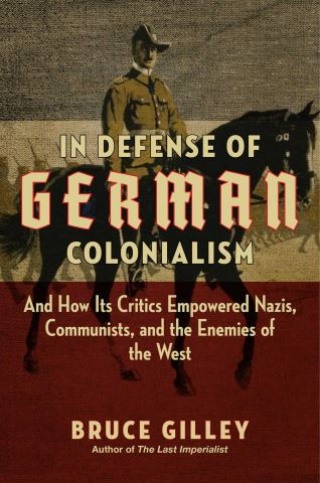 In Defense of German Colonialism

And How Its Critics Empowered Nazis, Communists, and the Enemies of the West

Famed historian and author of the groundbreaking "The Case for Colonialism" demonstrates that, contary to modern presuppositions, German colonialism from its early roots to the mid-twentieth century was overall a force for good in the world where development was encouraged and native governance flourished.

Historian and university professor, Bruce Gilley, delves into the history of German colonialism from its earliest roots through the 20th century, demonstrating that contrary to modern presuppositions, it served as a global force for good—elevating the lives of its subjects and encouraging scientific development while allowing native cultures to flourish within its governance.

Bruce Gilley: Bruce Gilley is a professor of political science at Portland State University, a member of the board of the National Association of Scholars, and the author of four books. His 2017 article “The Case for Colonialism” drew international attention after he received death threats in response. A graduate of Princeton University and the University of Oxford, Gilley resides in Portland, Oregon.