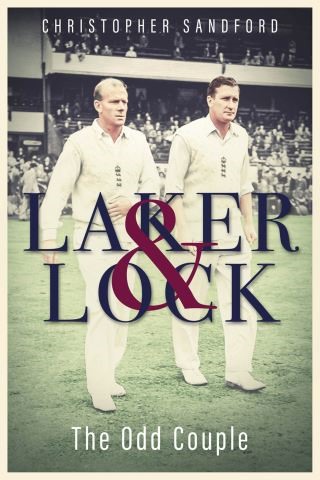 Laker and Lock is the first dual biography of Surrey and England &#8216;spin twins' Jim Laker and Tony Lock, who helped their county and Test teams to an unparalleled run of dominance in the 1950s. Besides their peerless achievements on the field, the two men had little in common. Laker, the elder by seven years, was Yorkshire born, cool, phlegmatic, known to sulk, and not greatly enamoured with the class distinctions then inherent in English cricket and society as a whole. Lock, a southerner, was dynamic, ebullient, indefatigable both on and off the field, and tended to wear his heart on his sleeve, an attitude no less at odds with the prevailing social order. Both men courted controversy. Laker's post-retirement autobiography caused such a furore that he was made unwelcome at Lord's and the Oval for years afterwards. Lock suffered the stigma of being labelled a &#8216;chucker' and ultimately moved to Australia, where his retirement was clouded by allegations of sexual abuse. This is the full story of the pair's uneasy partnership.