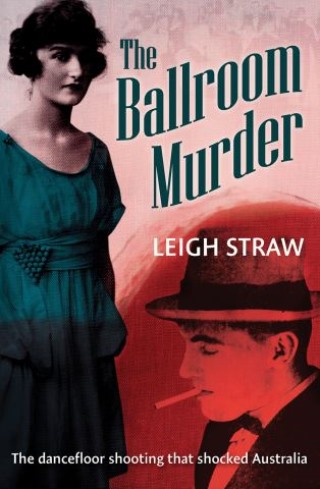 In August 1925, Audrey Jacob shot dead her former fiancé, Cyril Gidley, in full view of hundreds of guests at a charity ball in Perth's Government House. When she was arrested, she still held the gun in her hand. It was a open and shut case of wilful murder &#8211; that is until Jacob assigned prosecutor Arthur Haynes to her defence. His ability to play the press and the jury for sympathy would lead to a sensational result. Not only did Jacob escape the gallows, she was found not guilty of Gidley's murder. Straw, the author of a number of books about notable Australian female criminals, tells a story that is rich with first-hand newspaper accounts from the day.

Leigh Straw: Leigh Straw is an academic, historian and writer. She is the author of true crime biographies of Australian crime figures Kate Leigh and Dulcie Markham, and Australia's first female detective, Lillian Armfield. Leigh was the joint winner of the 2018 Margaret Medcalf Award for her book After the War: The Mental and Physical Scars of World War I. Leigh is Deputy Head of the National School of Arts and Sciences and Senior Lecturer in History at the University of Notre Dame Australia.