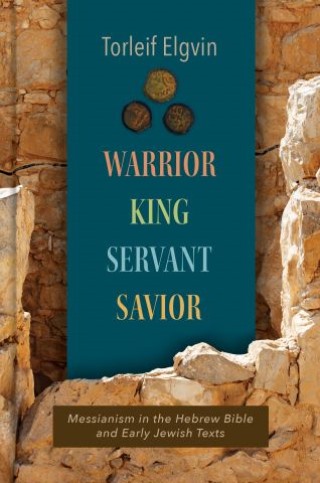 Messianism in the Hebrew Bible and Early Jewish Texts

An exegetical and diachronic survey of messianic texts from the Hebrew Bible and Jewish tradition up through the first millennium CE.

Jewish messianism can be traced back to the emerging Kingdom of Judah in the tenth century BCE, when it was represented by the Davidic tradition and the promise of a future heir to David’s throne. From that point, it remained an important facet of Israelite faith, as evidenced by its frequent recurrence in the Hebrew Bible and other early Jewish texts. In preexilic texts, the expectation is for an earthly king—a son of David with certain ethical qualities—whereas from the exile onward there is a transition to a pluriform messianism, often with utopic traits.

Warrior, King, Servant, Savior is an exegetical and diachronic study of messianism in these texts that maintains close dialogue with relevant historical research and archaeological insights. Internationally respected biblical scholar Torleif Elgvin recounts the development and impact of messianism, from ancient Israel through the Hasmonean era and the rabbinic period, with rich chapters exploring messianic expectations in the Northern Kingdom, postexilic Judah, and Qumran, among other contexts. For this multifaceted topic—of marked interest to Jews, Christians, and secular historians of religion alike—Elgvin’s handbook is the essential and definitive guide.

Torleif Elgvin:
Torleif Elgvin is professor emeritus of biblical and Jewish studies at NLA University College, Oslo. His other books include?Gleanings from the Caves and?The Literary Growth of the Song of Songs during the Hasmonean and Early-Herodian Periods.