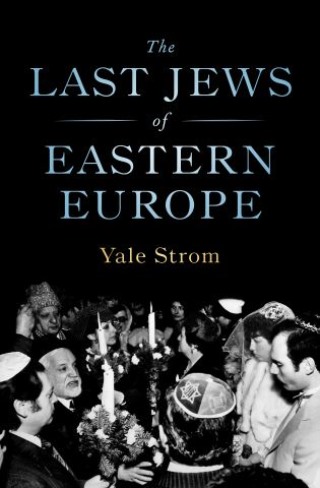 The Last Jews of Eastern Europe

In striking photography and informative text, this volume both celebrates and mourns Eastern European Jewish life of the early- to mid-twentieth century.

From Odessa to Budapest, Warsaw, Prague, and Sarajevo, the Jews of Eastern Europe established thriving, traditional communities . And while there are still proud Jews who keep the Kehilla robust in the region, they are a shadow of their former glory. In The Last Jews of Eastern Europe, Yale Strom and photographer Brian Blue record a way of life that largely disappeared through the torment, violence, and upheaval of the twentieth century.

Through the USSR, Poland, Czechoslovakia, Hungary, Romania, Yugoslavia, and Bulgaria, this volume records the three great blows to Eastern European Jewry: the historical persecution of the Jews who suffered the envy of their neighbors; the slaughter of millions during World War II; and the loss of those who accepted the aliyah to Israel. It also records how the Jews of Eastern Europe laugh, weep, and sing.

Yale Strom: Yale Strom is the author of six books on Eastern European Jewish and Romani people. He has also made four highly-acclaimed documentaries, including The Last Klezmer, and a feature film. He is the leader of two klezmer bands, with nine records to his name. He lives in New York City.