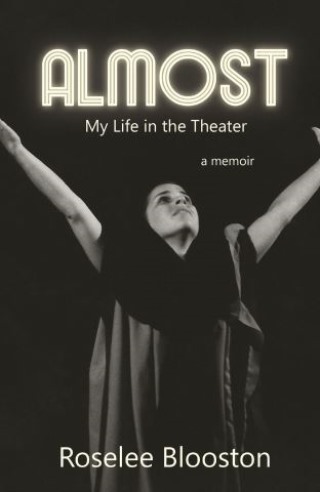 My Life in the Theater

Almost: My Life in the Theater tells the story of the author's decades-long struggle to fulfill her early promise by becoming a professional actress, taking her to far-flung locales from Europe to Texas to New York City. Along the way, she encounters several Oscar winners and nominees--including Meryl Streep, Greer Garson, and Olympia Dukakis--who each had a profound effect on her self-image and trajectory, though no one had more influence than her mother, a visual artist, whose life served as both cautionary tale and beacon. Blooston can lay claim to trailblazer status as a solo performer, but she asks herself and the reader to deeply consider the true meaning of success and the value of a creative life. Her calling, commitment, and longing for recognition will resonate with anyone who has followed a passion, been thwarted in the attempt, and then successfully and happily reinvented themselves.

Roselee Blooston: Roselee Blooston is the author of the novel, Trial by Family, a Gold Medal Winner in the 2020 Independent Publisher Book Awards, the memoir, Dying in Dubai, a 2016 Foreword INDIES Book of the Year, and the collection, The Chocolate Jar and Other Stories (2022), all published by Apprentice House Press. Her plays have been produced nationally and internationally. Other publications include AARP The Magazine, literary journals, and anthologies--among them, The Widows' Handbook. She founded the non-profit Tunnel Vision Writers Project, taught in university and conservatory programs, and lives and teaches in New York's Hudson Valley. For more information go to www.roseleeblooston.com