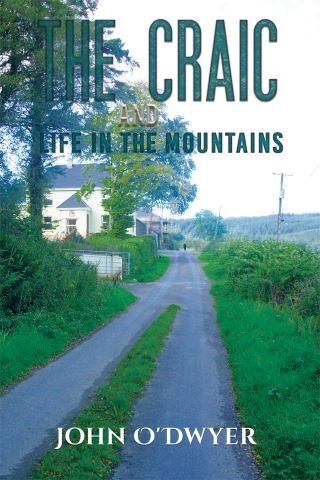 The Craic and Life in the Mountains

A nine-year-old boy hooks a twine-held bundle of hay over his shoulder and climbs the harsh steep mountain on a winter morning, with his brother Pat. They trundle upwards against the harsh terrain and elements to fodder the cattle on the hill top.
Some 30 years later, Sligo, his adopted town, is in crisis as development tax incentives have expired and three government ministers are refusing to extend those incentives. That young boy emerges in his elder self, strident and resolute, and fights another uphill battle.
Another 20 years on, now in Derry, the calling from the mountains of his birth surface within him, urging him to return to regain lost fragments of his soul. His return regenerates and reignites the lost spirit within as voices forgotten in a busy life emerge from the shadowy vibrations of the past to soothe, heal and repair his soul. The journey sees a re-emergence of the people, characters, events and places that formed his character in a rich tapestry of recall.

John O’Dwyer: John O’Dwyer was born in County Tipperary, Ireland, in the early nineteen-fifties. He grew up in a time when rural life in the mountains was harsh, simple and enriching. He spent a life in the public service in Counties Sligo and Leitrim. A keen sportsperson, he represented both counties in hurling, his passion nurtured in the fields of his neighbourhood. He achieved the honour of ‘Sligo Person of the Year in 1995’ for his role in the celebration of the 750th anniversary of Sligo’s foundation. John has four sons from his marriage to Teresa: Keith, Shane, Barry and Gavin.